“Revelations” is a audio book album displayed as an installation at ATM gallery studios during Austin’s 2017 East Side Studio Tour and was part of the month long exhibit at the avant-garde gallery from November until December 2017. The The 80 minute album includes definitions and reflections from a Buddhist monk, ex-convicts, absurdist radio hosts, prank phone calls, anonymous confessions and personal antidotes. Some revelations were collected personally by the artist from strangers on the street while other revelations were sent online through social media and other online listings.​​​​​​​
Artist Statement:
“With the exhibit’s “Apocalyptic Theme” I wondered about a new beginning and how that comes about. I think the only thing that’s ever released me from a prejudice thought or misconception was the understanding that realizations and change aren’t a unfamiliar feeling to others. I only ever really believed in my dreams and thoughts through a sort of confirmation. People don’t often just walk around shouting their insecurities and I never seem to remember to ask whenever I see them. Wouldn’t it be great if there was just a large library of personal antidotes and understandings of a ever changing human state? I incorporated the phone because I wanted to believe in a hotline or radio show that aired these personal understandings. The absurdist and surrealist mixing of the recordings are just to play on the idea of future yet plausible time. The audio book itself is to be a manifestation of a revelation. Always will be there but hopefully you get to it in time."
-N 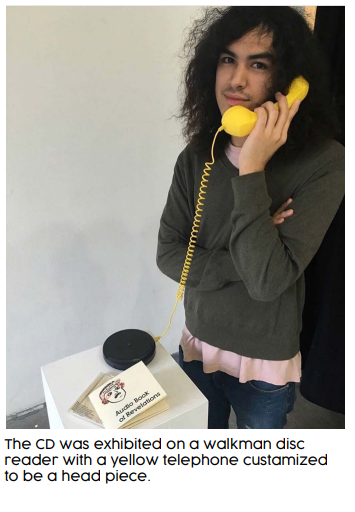 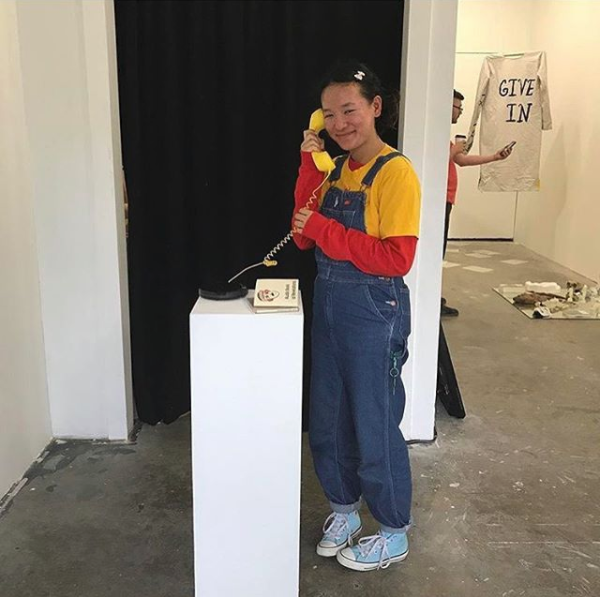 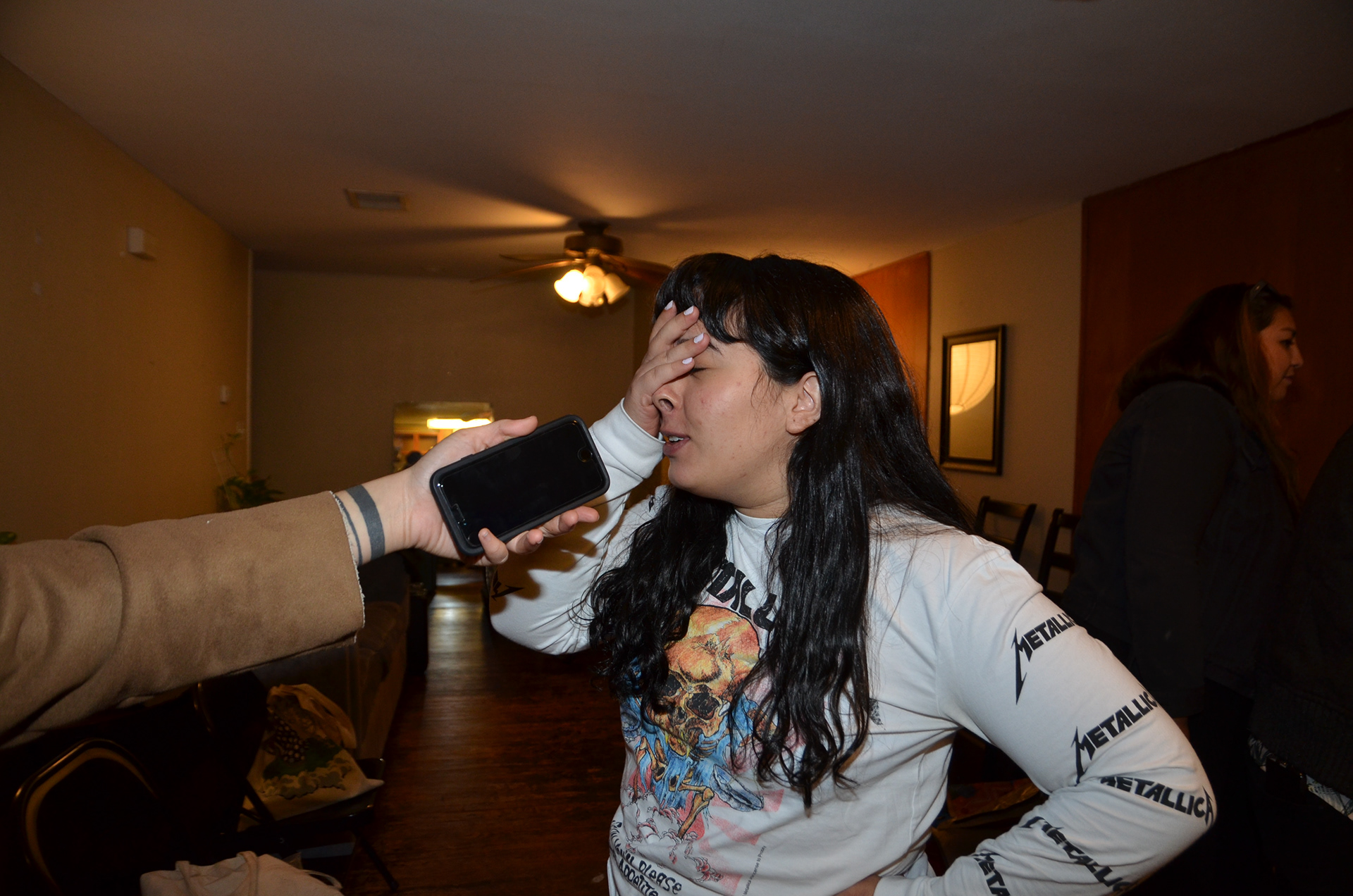 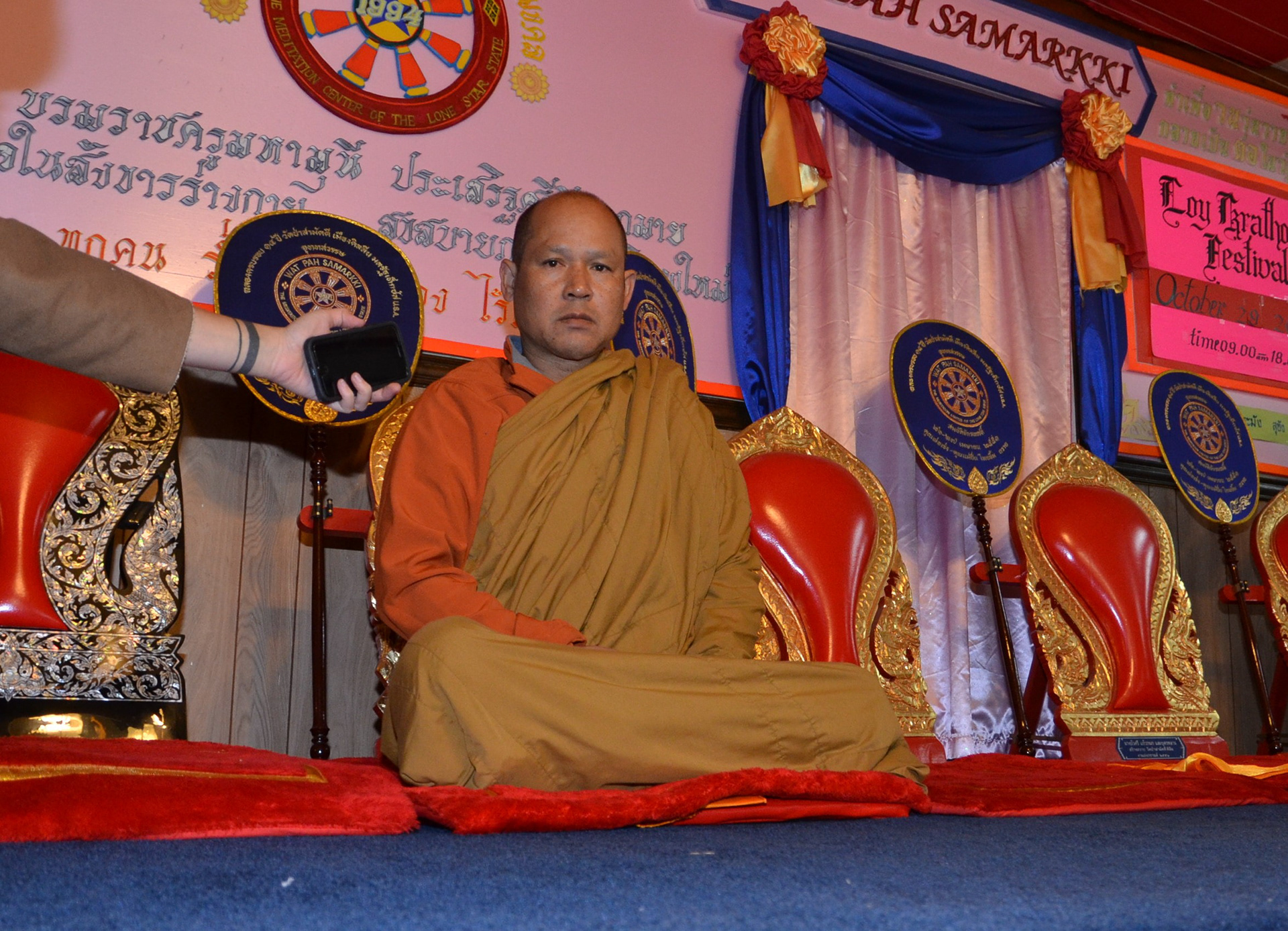 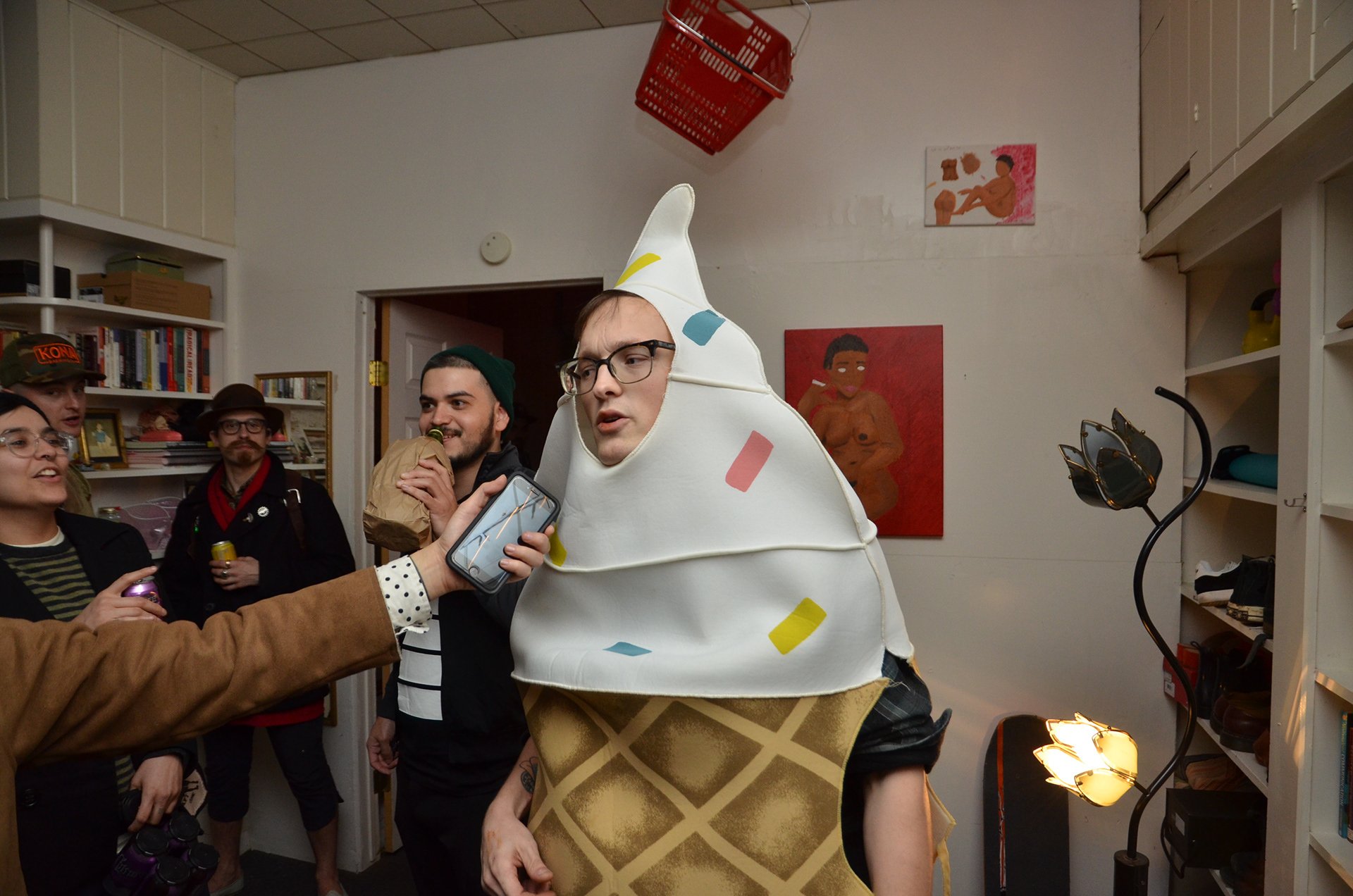